Here in New Jersey, we need energy to heat our homes and power our modern lives. However, recently introduced public policy could mandate that consumers could lose choice and be forced to convert to a significantly more expensive form of energy — in fact, it could double your monthly bill. In a recent poll about this very subject, New Jersey residents made it loud and clear that they want to make their own decisions in how to provide energy for their homes. 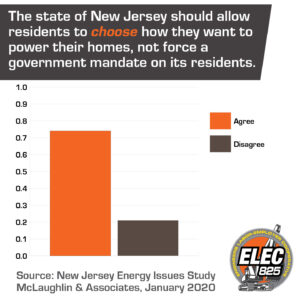 The poll, conducted in January by McLaughlin & Associates, sought to gauge public opinion of the state government’s Energy Master Plan that will become the state’s energy roadmap for the next 50 years. Most people surveyed were not aware of the Energy Master Plan (71%), but when questioned about individual elements of the new Energy Master Plan, there was a lot of opposition. 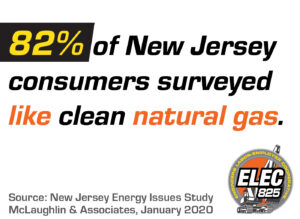 The Energy Master Plan makes two fundamental errors – lumping all non-renewable energy sources together and ignoring the economic impact of the plan.

There is overwhelming support among survey participants for clean, affordable natural gas.

The Cost of Rising Energy Costs 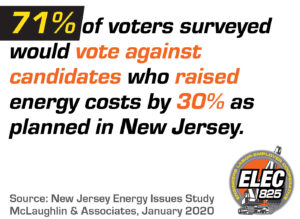 And while renewable energy sources play an important role in New Jersey’s energy future, they also currently cost more, an important issue for all New Jersey residents, especially people with limited or fixed incomes. This is an important issue with voters and one that elected officials should heed. The effect of these cost-increases are not addressed by the Energy Master Plan. 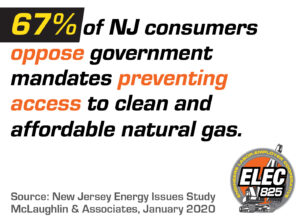 Overall, New Jerseyans see the importance of transitioning to renewable energy sources but don’t trust the state government to manage that transition without placing burdensome additional energy costs on residents.

An Economy For All

In order to build a stronger and fairer economy that works for everyone, New Jersey must invest in a diverse energy mix that pulls from all available natural and renewable resources. Incremental progress is what will prove to be the most successful; we should not take any options off the table. An Energy Master Plan that reduces the state’s carbon footprint is important and valuable. But one that does not consider the cost impact on residents will be met with strong opposition in the voting booth.