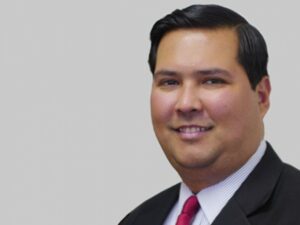 Daniel Ortega joined ELEC 825 in October of 2014 and oversees the Community Affairs Outreach. Mr. Ortega’s primary responsibility is to assist in developing and maintaining contacts with local governmental entities, agencies, authorities, and other relevant organizations. He actively participates at community meetings such as municipal council/town meetings, public hearings, and Planning/Zoning boards, as well as community organizations such as chambers of commerce, business associations and economic development agencies. Through these efforts, he continues to pursue and promote ELEC’s mission to foster an environment that creates economic development and construction in our region which includes the State of New Jersey and five counties in the Hudson Valley in New York: Delaware, Orange, Rockland, Sullivan, and Ulster Counties.

Since April of 2017, Mr. Ortega has served as Chairman of the Housing Authority of Bergen County. Part of his responsibilities include working with fellow commissioners and the executive director; building consensus towards the best stewardship of scarce public resources to address local housing needs and facilitate the Agency’s mission; approve an annual budget of $47,000,000; and establish policies that help meet our goals. HABC manages 3,500 Section 8 Vouchers and a diverse portfolio of buildings for senior citizens, people with special needs, veterans, and multifamily housing amounting to 1,000 units. Mr. Ortega is devoted to the agency’s commitment to creating and preserving affordable housing.